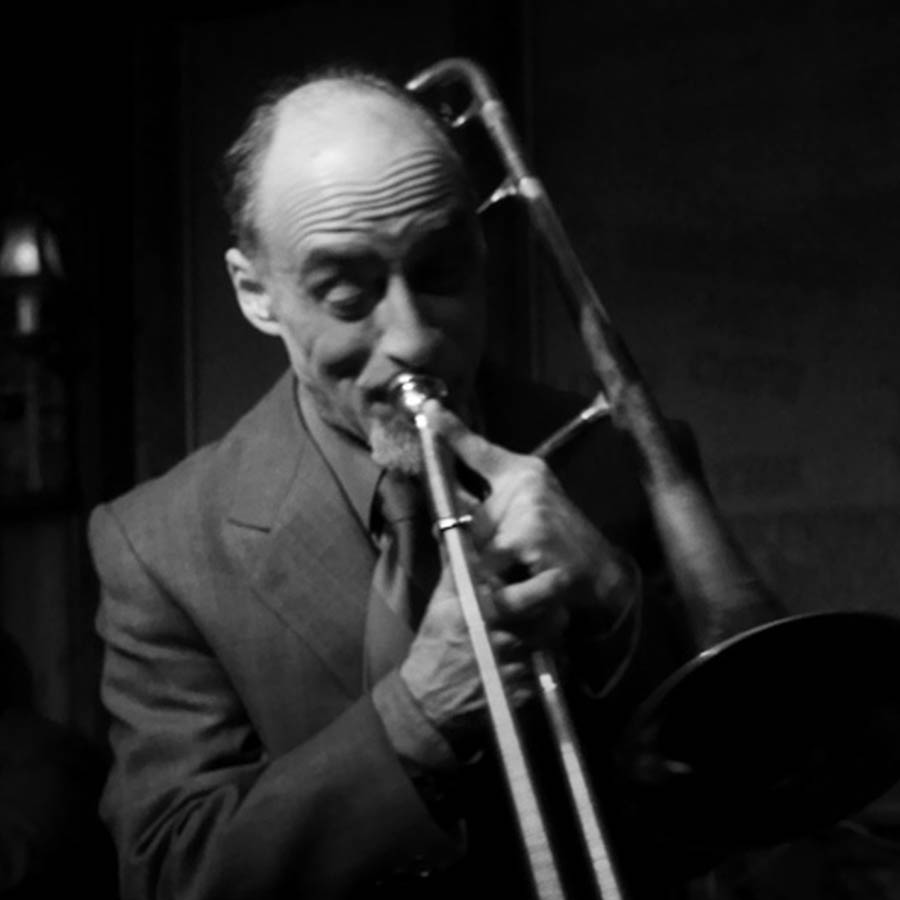 John “Tbone” Paxton is a veteran trombonist and vocalist professionally active in Southeastern Michigan for many years. He is the featured singer and trombone soloist with the award-winning jazz ensemble, the Planet D Nonet. John is a 2nd generation musician and a son of the “Jazz Age.” His soulful sense of swing, phrasing, and his ability to interpret and bring personal meaning to a lyric allows him to connect to his audience at an emotional level, both as a vocalist and as an instrumentalist.
John was integral member of the Sun Messengers band for decades, leaving to develop his own career as a jazz singer and trombonist. He has had long associations with many of the great Detroit area bandleaders like Paul Keller, Eddie Nuccilli, Scott Gwinnell and piano master Mr B. Tbone has also played with a lot of great blues and R&B men as well, including Earl King, Johnny Adams, Sir Mac Rice, Pinetop Perkins and even Latin Jazz Great Eddie Palmieri! His repertoire reflects all of these influences, most notably, growing up in a musical home influenced by his father Fred, who was an accomplished pianist working all the major rooms in the area. In fact, a regular pianist at the London Chop House for fifty years! His repertoire features both hits and obscure rarities by such artists as Fats Waller, Frank Sinatra, Danny Barker, Nat Cole and Louis Jordan, creating his own personal take on the Great American Songbook.
John draws the audience in and brings passion, soul, a unique repertoire, joy and authenticity to his performances everywhere and every night!! Look for his upcoming recording “Back in Your Own Backyard” with the RJ Spangler Quartet.